Outline of the program, and the school’s principles

Participants in the Urban Summer School will be able to look at the architecture founded on humanistic concepts, which is currently used by the third generation of inhabitants. From a historical perspective, the position of the Open Form Theory and the Linear Continuous System will be outlined against the background of the ideas of the Modern Movement related to the architecture of housing estates and open areas.

School participants will also look at the relationship between the interior of the home and its exterior – the housing estate, and the residential environment, more broadly defined. The structure of the school will be determined by the scales, which the designers themselves have used: the micro, meso and macroscale. They will be translated into the perspective of a flat, a housing estate, and a housing cooperative.

The participants will tackle the questions:

The methodology of work has been developed by the Centre for Urban History of East Central Europe in Lviv, and it is based on experiences from the previous editions of the summer school (www.lvivcenter.org/en/summerschools). Thematic summer schools are conducive to expanding the participants’ knowledge, providing them with an opportunity to learn about the latest perspectives and research topics in the history of Central and Eastern Europe, in particular relating to the region’s cities. The summer schools are designed to stimulate the formation of a milieu of young researchers who share common scientific interests.

Understood as horizontal learning from each other, as formulating questions together, instead of merely proving the formulated theses.

A method, which requires that the subjects become researchers. We welcome the involved residents, employees of social institutions, activists and others who have knowledge about the local community or the notions that accompany the creation and subsequent transformation of housing estates.

Thanks to these persons joining in, research becomes a common cause of various entities. The concept of the project was based on the assumption that the goal is change – rather than merely an objective diagnosis. The research has practical applications, mainly due to the fact that it is performed by practitioners cooperating with each other, and engaging the community at the stage of diagnosis.

We hope that the interest on the part of international authorities on the subject, and the effect of joint research carried out in interdisciplinary groups, will provide a significant and substantive contribution to the discussion about the prospects for maintaining a good quality of life in 20th-century housing estates.

We work in the actual space of housing estates, while respecting the privacy of their residents. In the course of our work, we build relationships with everyday users of the studied space, drawing from their knowledge and shared experience.

Daria Bocharnikova (Architecture historian, KU Leuven, BOZAR – Centre for Fine Arts, Leuven/Brussels)
Originally from a small industrial town in the Urals, She lived and worked in Yekaterinburg and Saint Petersburg, undertook postgraduate studies in Italy and the US. Her research interests lie at the intersection of the history of modern architecture and urban planning and history of State Socialism. As a PhD researcher, She studied the history of the architectural profession in the Soviet Union from the early 1930s to the late 1960s. Her second undertaking–the international collaborative project, titled Second World Urbanity that She launched in 2012 together with Steven E. Harris–explores the history of urban planning, architecture, and everyday life in socialist cities across Eurasia and beyond. Currently She is based in Brussels where she started working for BOZAR (The Center for Fine Arts) and Catholic University of Leuven.

Michał Fronk (Architect, illustrator, cultural activist, landscape architect, Lublin)
A graduate of the Lublin University of Technology, Lublin University of Life Sciences and Reggio di Calabria in Italy. In professional practice, he is interested in: – compilation, modification and widening of functional, spatial, natural and social typologies; – confronting pragmatism with imagination; – the influence of everyday routines on the shaping of space; – breaking and opening paradigms of functionality and usability; – responsible design; – exhibition as a tool for over narrative reflection. Since 2010 he has been involved in projects of buildings and public space, projects and strategies of revitalization, as well as museum exhibitions and art exhibitions. He treats design as a way of thinking, reflection and learning, not just as a collection of tools or way of solving problems. Drawing is especially important for him, which he treats as an intellectual – intuitive work with visible and imagined reality.

Natalia Mysak (Architect and researcher, Center for Urban History of East Central Europe, Lviv)
Received a Masters of Architecture at the Lviv Polytechnic National University from the Department of Architectural Design and was a postgraduate student at the Department of Design and Fundamentals of Architecture (2013-2017). She completed an internship at the Vienna University of Technology (2013) and at the Department of Urban Studies at Malmö University (2015-2016). She is engaged in designing public spaces based on the participatory planning principles, including as a participant of the interdisciplinary initiative “Group 109”. At the Center for Urban History Natalia is researching late modernist architecture and city planning in Europe and their identities. Within her interests are visual arts and photography interconnected with research in the fields of urban studies and architecture.

Natalia Otrishchenko (Sociologist, Center for Urban History of East Central Europe, Lviv)
Natalia Otrishchenko is a research fellow and coordinator of “Urban Stories” project at the Center for Urban History. She obtained a PhD with a focus on “methodology and methods of sociological research” (2015, Institute of Sociology at the National Academy of Sciences of Ukraine), graduated from the Ivan Franko National University of Lviv’s History Department (2012), and from the Cross-Institutional Individual Humanity Studies (2011). She studied in the U.S. (Berea College), Slovenia (IEDC–Bled School of Management), taught at Martin Luther University Halle-Wittenberg. Natalia participated in a number of research projects: “Region, Nation and Beyond” (University of St. Gallen, Switzerland), “Memories of Vanished Populations” (Lund University, Sweden), and “Historical Cultures in Transition” (Warsaw, Poland). During last three years she was involved (either as tutor or as coordinator) in the organization of Urban Summer Schools. Her areas of academic interests include methodology and methods of sociological research, oral history, urban sociology and transformations after state socialism.

Paulina Paga (Socio-cultural animator, Lublin)
Initiator of the Museum of Housing Estates, in the Lublin Housing Cooperative. Laureate of the Scholarship of Minister of Culture and National Heritage. She facilitates the processes of involving residents in the life of their neighbourhoods. She creates situations of dialogue between local governments, business, social institutions, NGOs and residents. She designs the processes of “education in action”, she gained her first experience working for the Laundry Association in Birmingham, which focuses on strengthening dialogue in the transformation of the immediate area. She combines the anthropological and production perspective, she graduated from Cultural Studies at the University of Warsaw. She is the co-creator of the cross-sector platform Actors of Urban Change, created at the. R. Bosch Foundation in Berlin, supporting the processes of changes in the spatial relations of metropolises in the countries of the Eastern Partnership and Southern Europe. She runs the Open Land Foundation and her own business. 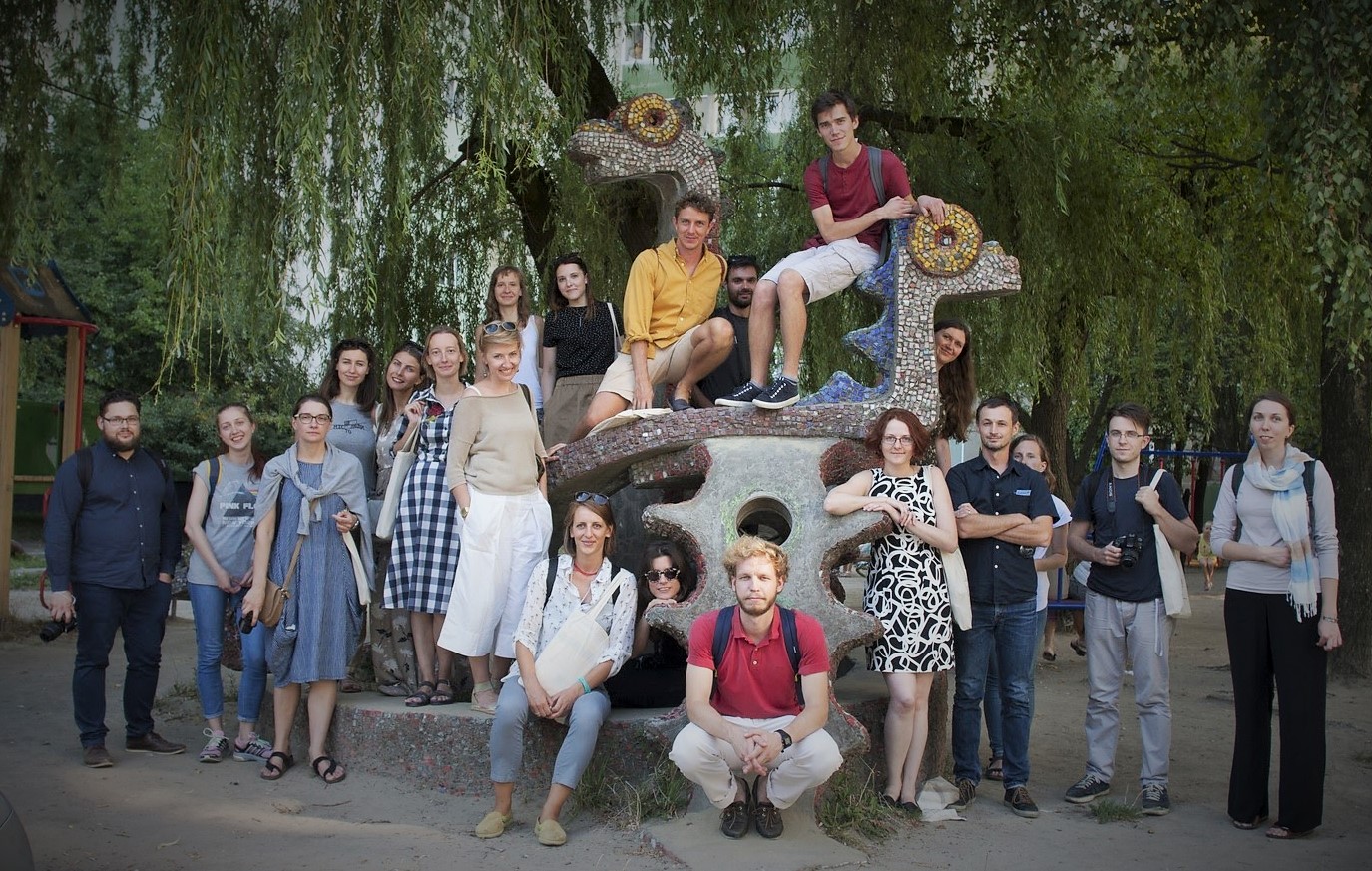 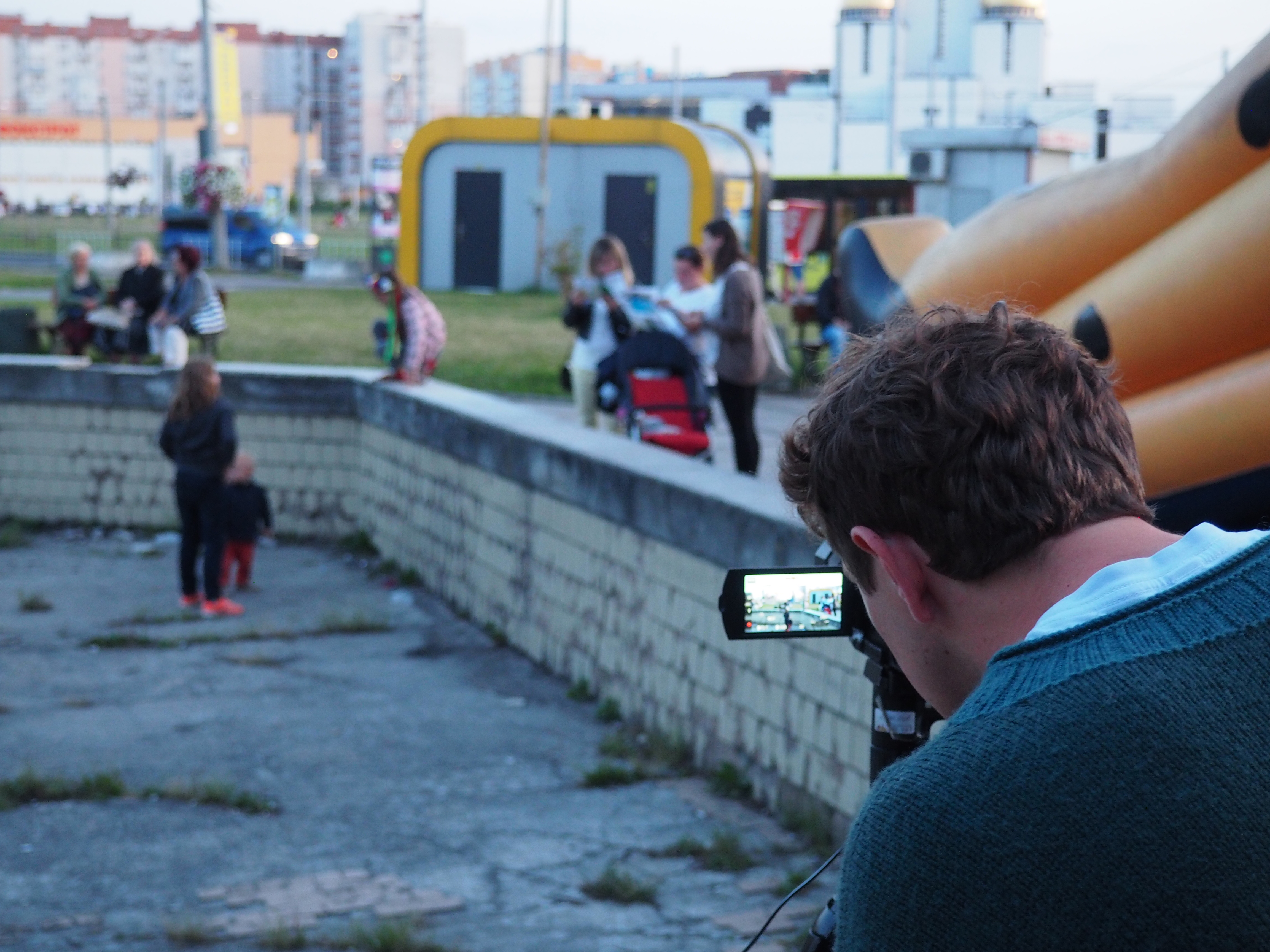 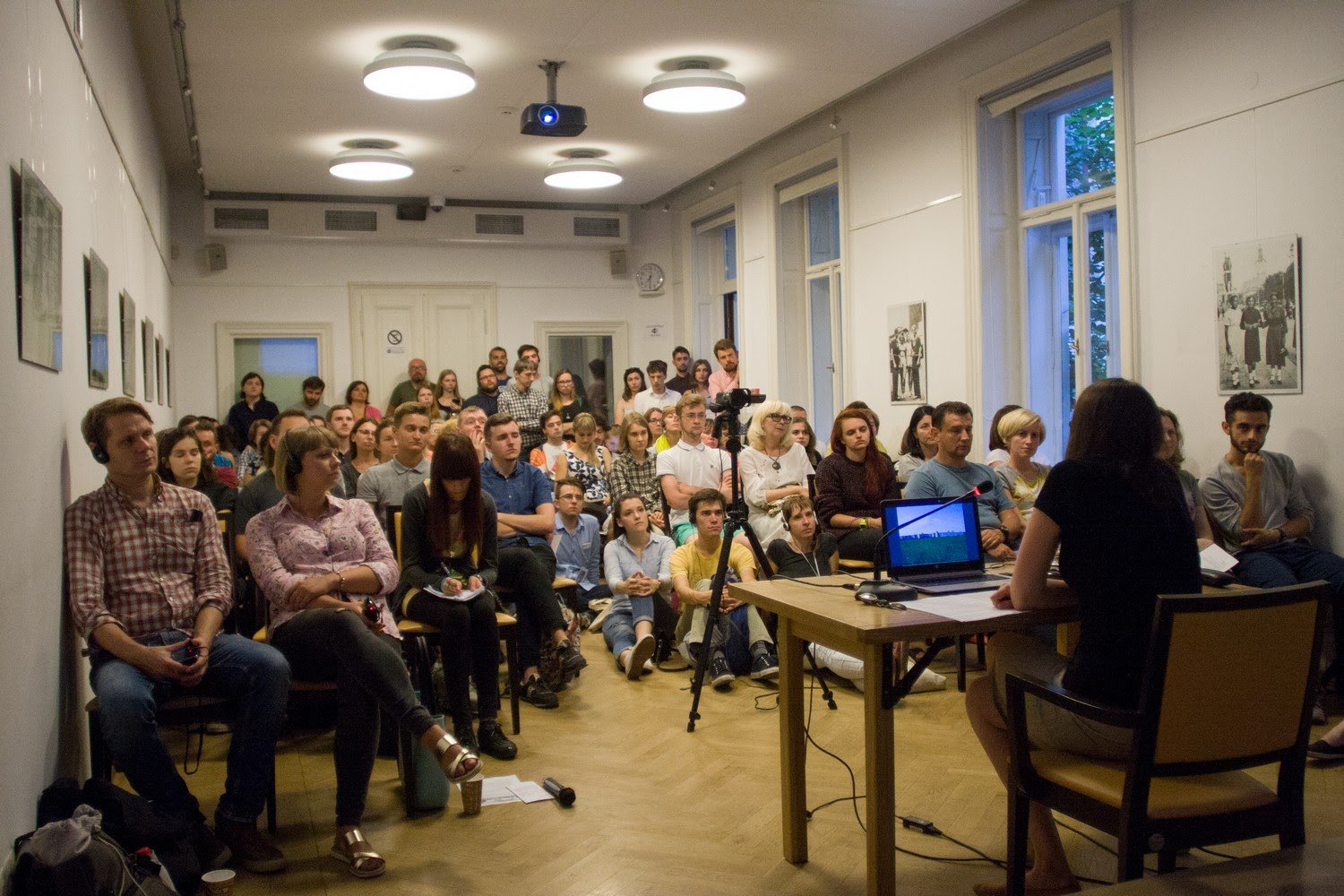 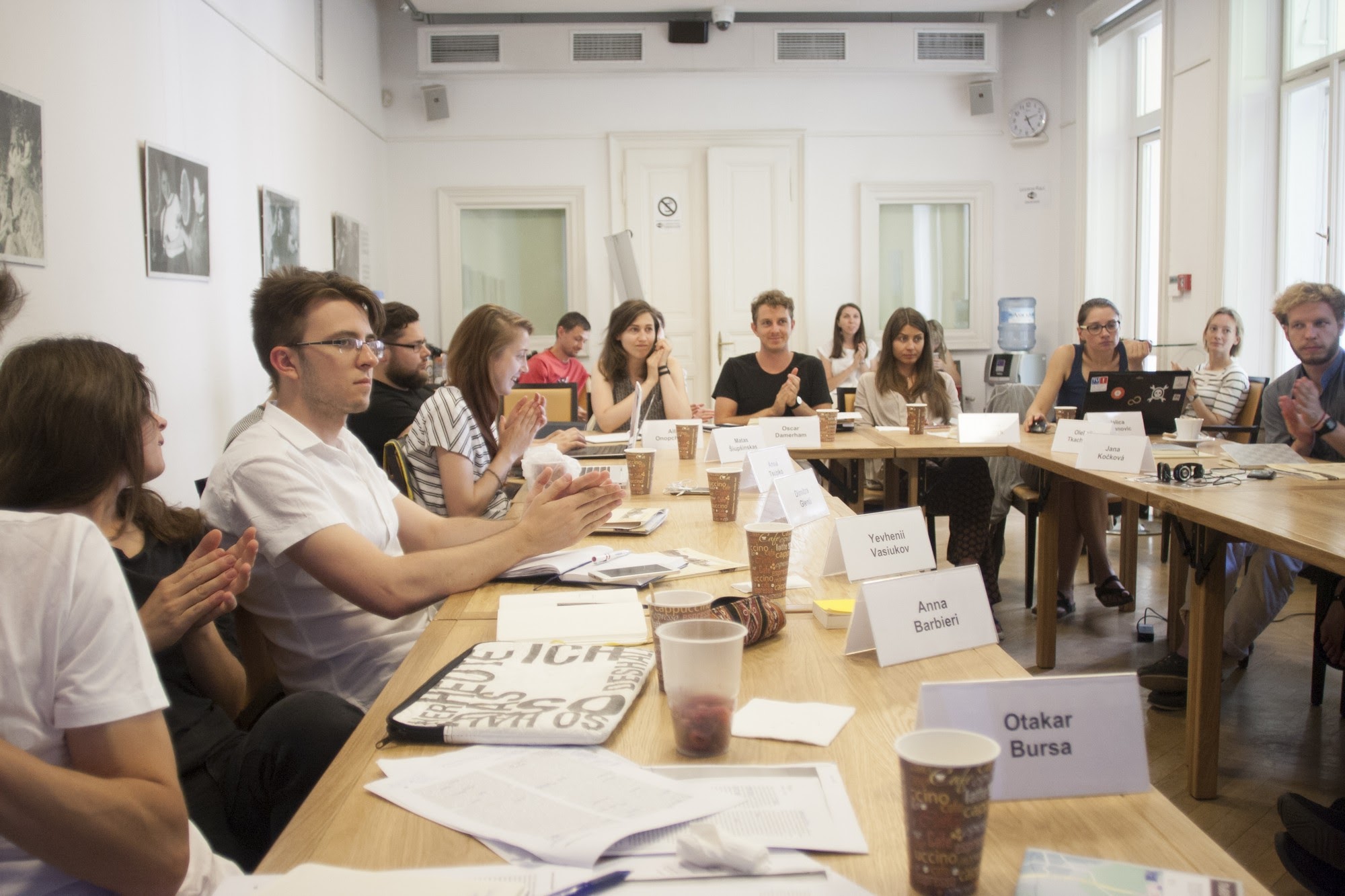 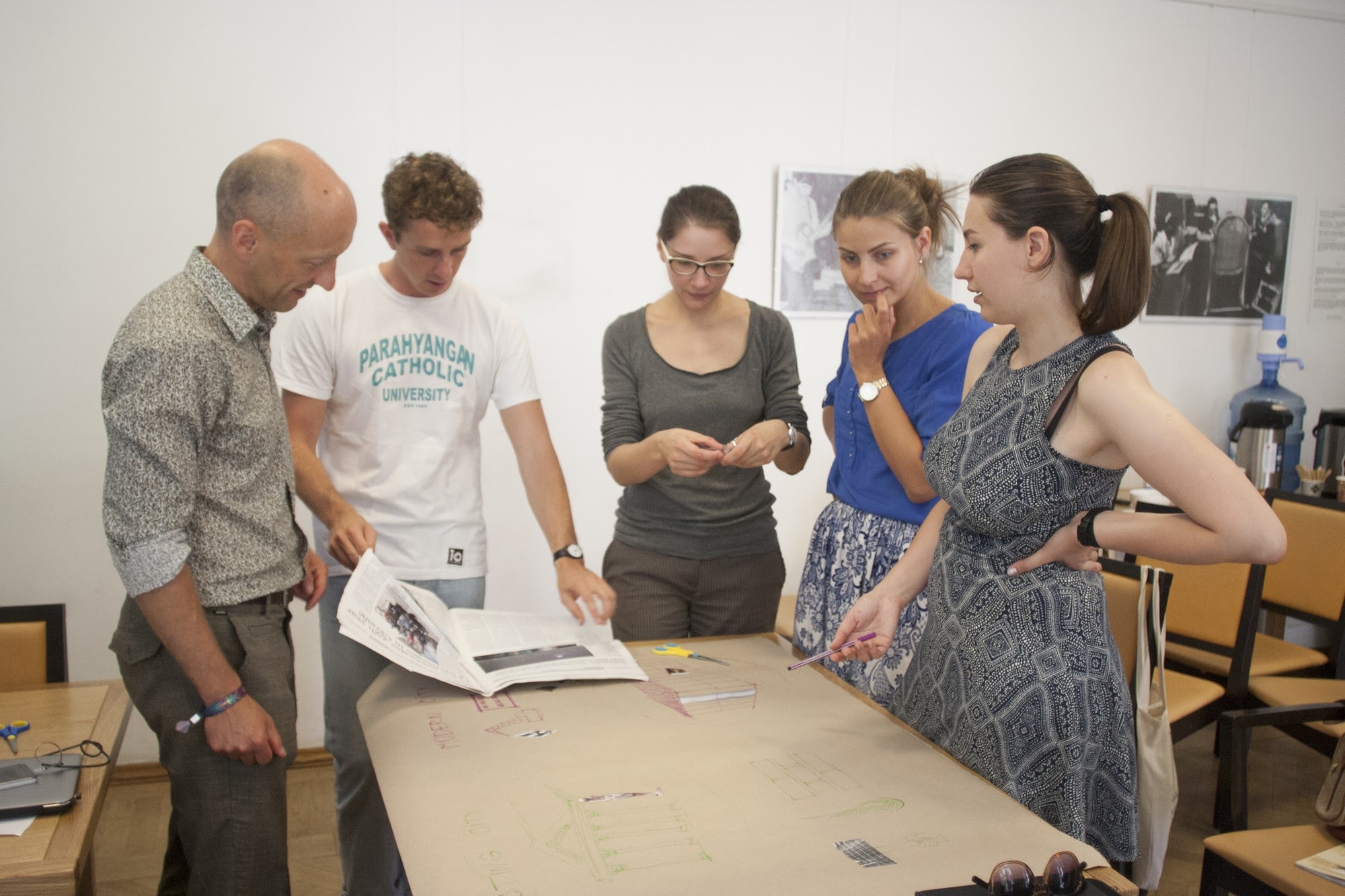 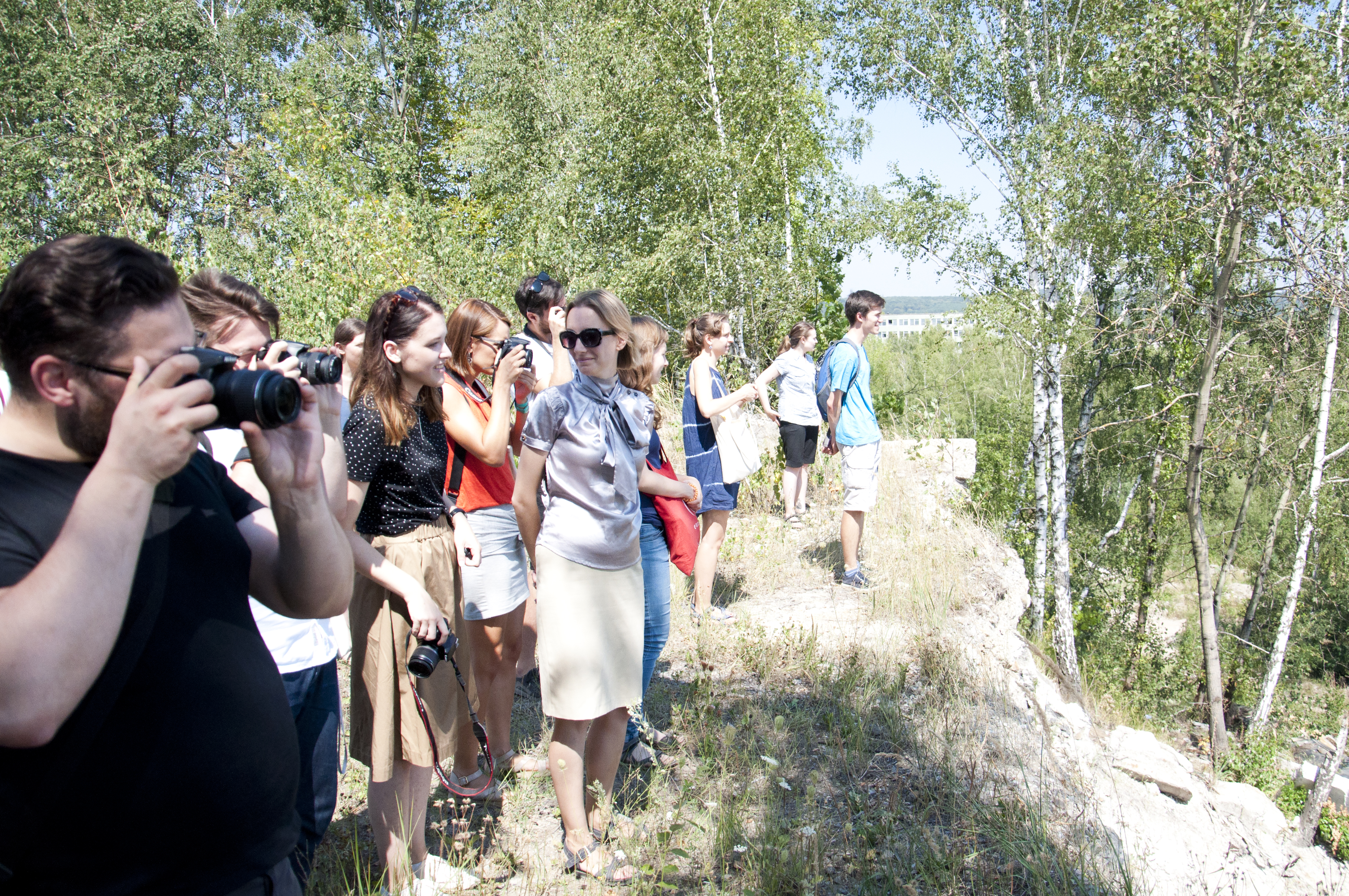 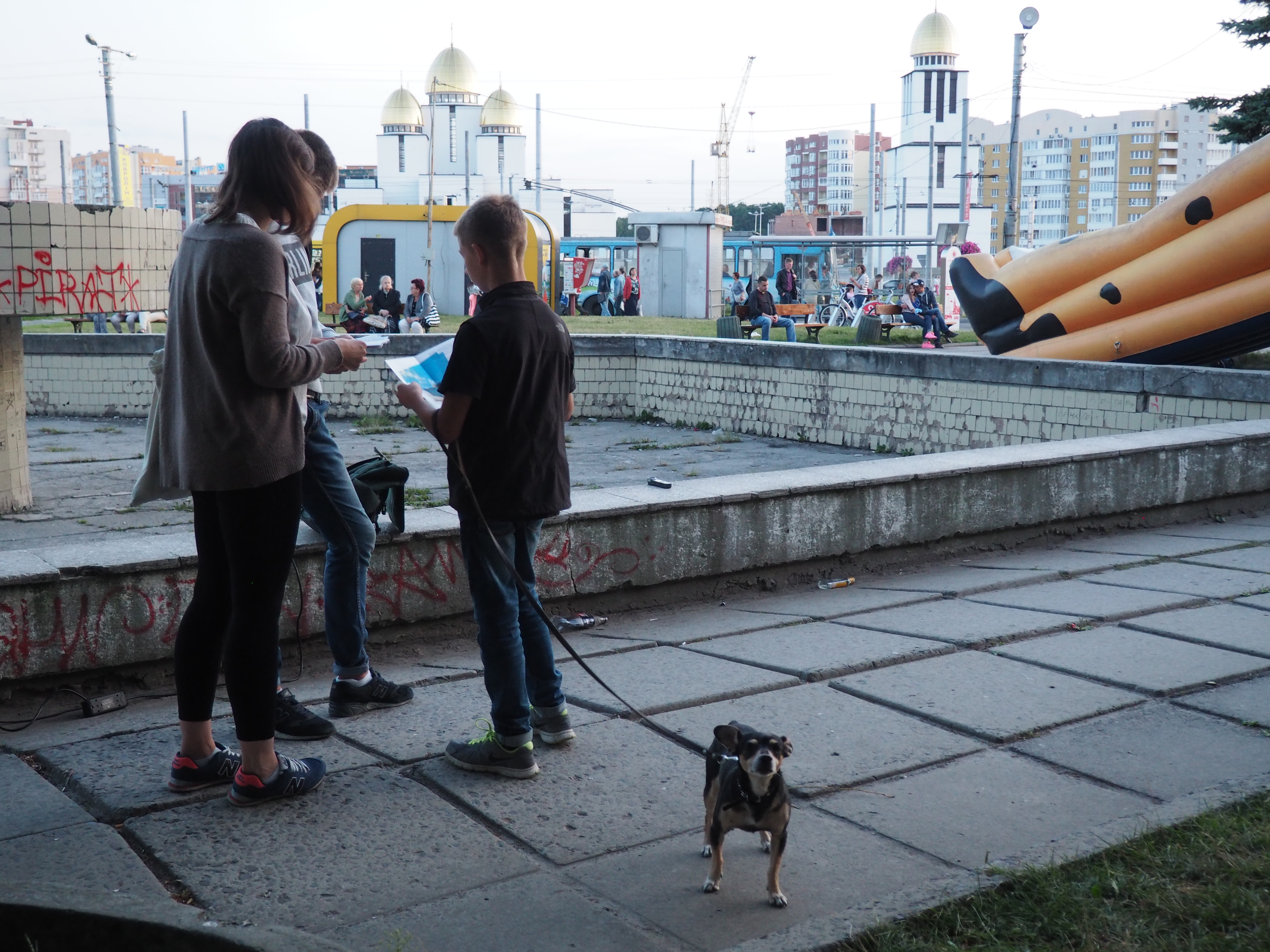 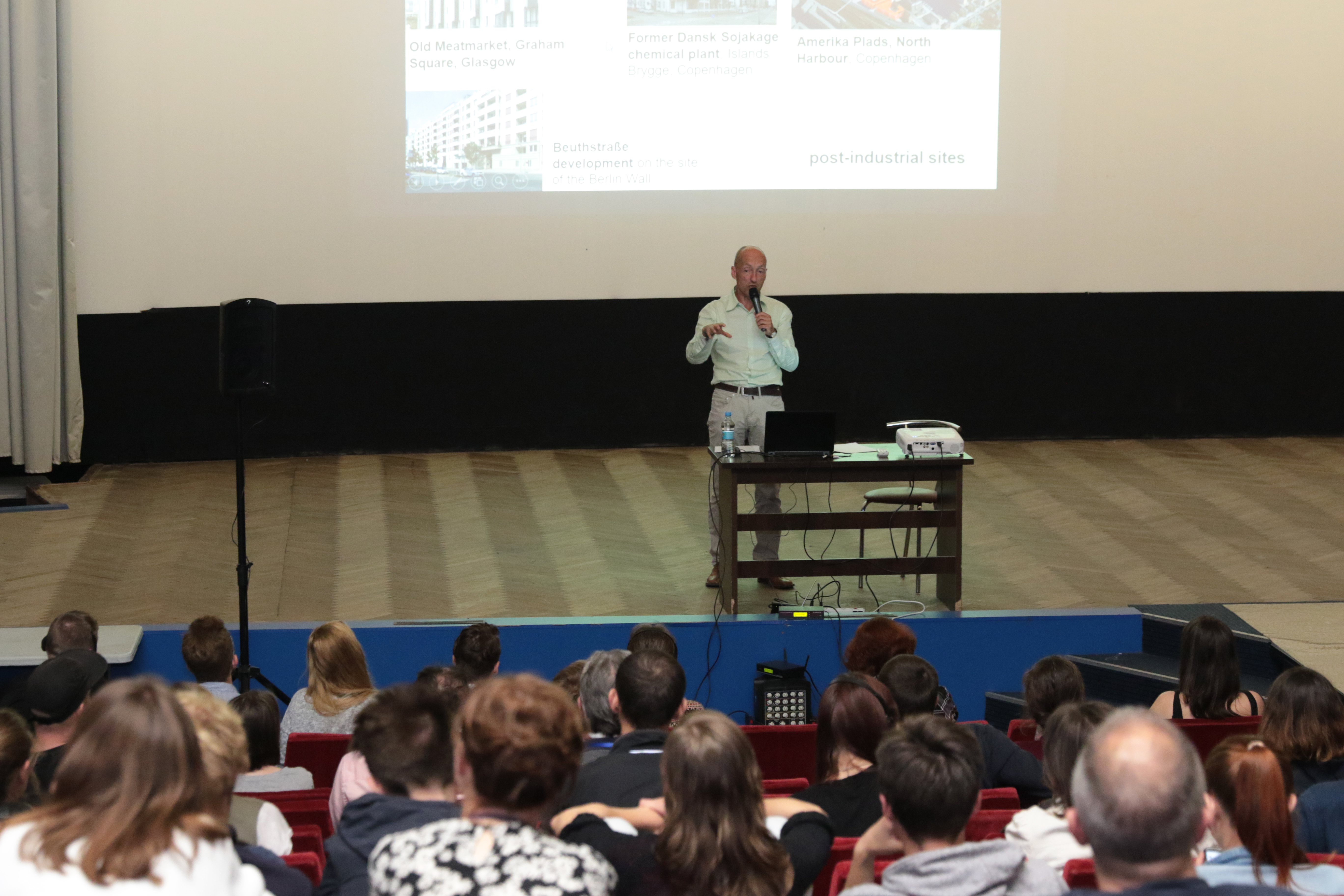 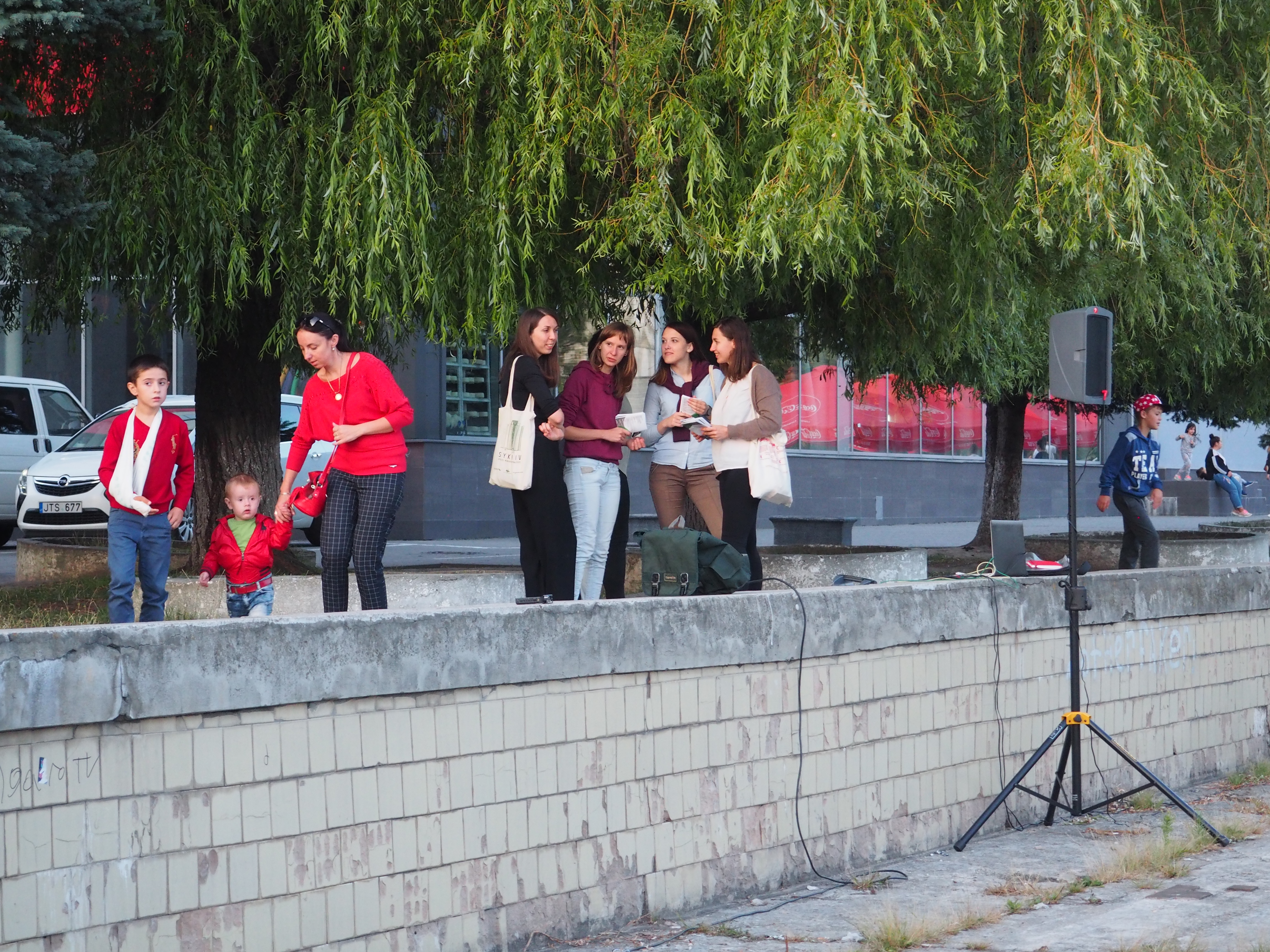